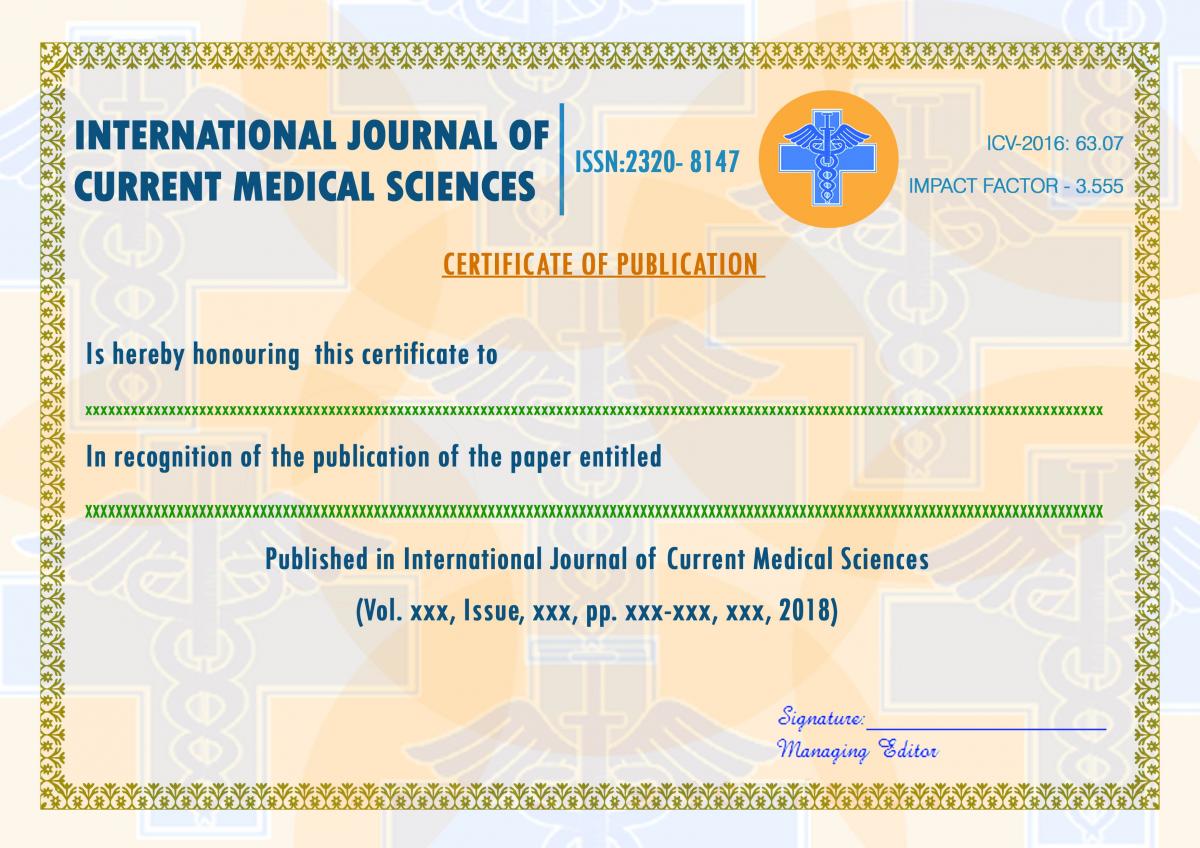 Background and Objective: Neonatal hemorrhage either localized or generalized has significant morbidity and mortality. The identification of the cause of bleeding is o paramount importance for the appropriate management and for prognostication. The paucity of Indian studies on bleeding in newborns prompted us to do this study looking at aetiological factors, clinical features and the outcome.

Interpretation and conclusion: Preterm ,IUGR, outborn babies, sick neonates have higher incidence of bleeding. Bleeding is more common in the first week of life. Late VKDB has bad prognosis. Vitamin K prophylaxis has an important role in the prevention of VKDB.

Its our Pleasure to Inform you that IJCMS Impact Factor 3.555

IJCMS Rank with Index Copernicus Value 63.7 due to high reputation at International Level

It is essential that authors to prepare their manuscripts according to established specifications.

Author instructions is available at useful Down IJCMS introducing updated version of OSTS (online submission and tracking system), which have dedicated control panel for both author and reviewer. Using this control panel author can submit manuscript